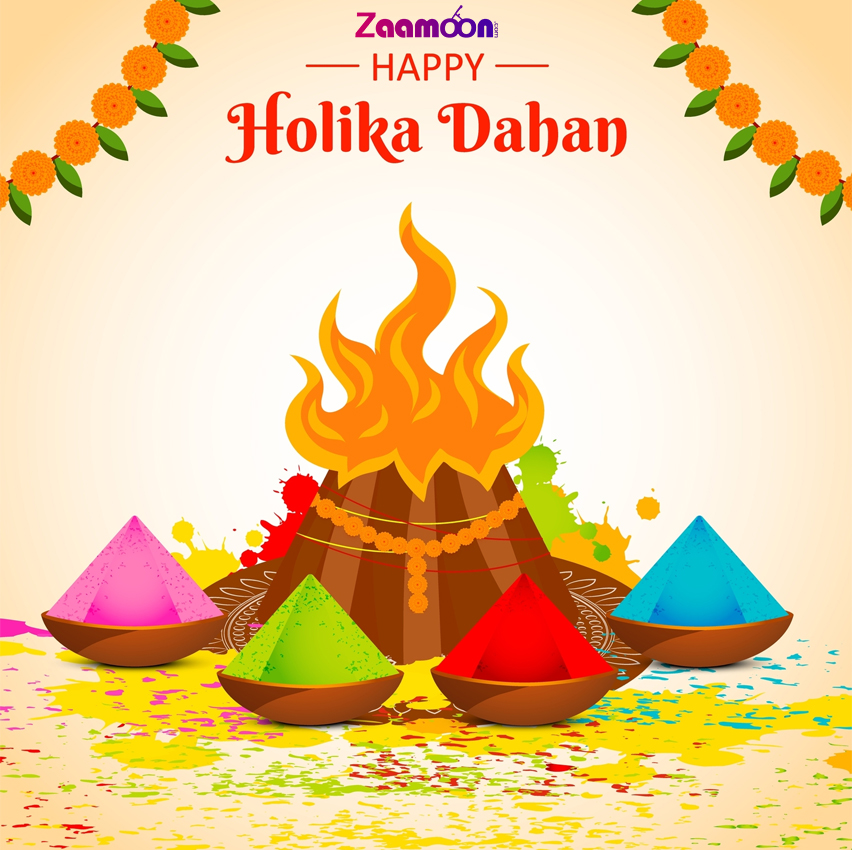 This year, Holika Dahan will be celebrated on today on March 17,  auspicious timings are from 9:20 pm to 10:31 pm. And the colours will be played on March 18.

This year, Holika Dahan will be celebrated on today on March 17 and the colours will be played on March 18. As per the Hindu traditions, eight days before the Holika Dahan, Holashtak comes into effect during which people believe that no auspicious work should be done. Holashtak came into effect from March 10.

According to Panchang, The Purnima tithi will begin at 01:29 pm on March 17 and will remain till 12:47 am on March 18. After which, Chaitra month will begin. On March 18, Pratipadha tithi of Krishna Paksha will come into effect from 12:48 am. Holika Dahan will take place on March 17.

According to traditional beliefs, Holika is worshipped before Holika Dahan. By worshipping on this day, the person gets rid of all kinds of troubles from their life. On Purnima, wake up early and take a bath. Then, visit the place of Holika and sit facing east or north. Now, take some cow dung, and make idols of Holika and Prahlad from them.

After this, wash your hands and start the puja. First of all, offer water to the Holika. Then, offer Roli, Akshat, flowers, turmeric, moong, batase, gulal, seven types of grains, wheat, sugarcane, gram etc. one by one to the Holika mata. Along with Holika, worship Lord Narasimha as well. After doing the rituals, take a thread and tie it to the Holika by taking for five to seven rounds. Then, you can do the Holika Dahan.

Then, one day he called his sister Holika, who had the boon of never burning in fire. King asked Holika to sit in the fire with Prahlad on his lap. Holika, following the orders of her brother, sat in the fire with Prahlad but even then, Prahlad continued to chant the name of Lord Vishnu and by the grace of Lord Vishnu, Prahlad was saved and Holika was burnt to death in that fire. Since then, the festival of Holika Dahan is celebrated every year on the day of Phalgun Purnima as a symbol of the victory of good over evil.


Your shopping cart is empty.
Checkout

Login with email
Don't have an account? Sign Up
By signing up you agree to the Terms of Service
Return to Login
Please enter your registered email address. We will send you a link to reset your password